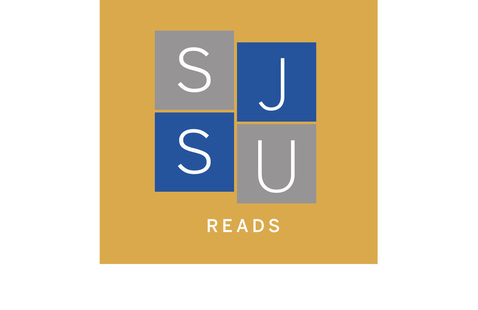 The SJSU Author Series is sponsored by the Campus Reading Program.

Forthcoming in June 2021, the novel tells the story of Copeland Cane V, a child who fell outta Colored People Time and into America, is a fugitive. He is also just a regular teenager coming up in a terrifying world. A slightly eccentric, flip-phone loving kid with analog tendencies and a sideline hustling sneakers, the boundaries of Copeland’s life are demarcated from the jump by urban toxicity, an educational apparatus with confounding intentions, and a police state that has merged with media conglomerates―the highly-rated Insurgency Alert Desk that surveils and harasses his neighborhood in the name of anti-terrorism.

Recruited by the nearby private school even as he and his folks face eviction, Copeland is doing his damnedest to do right by himself, for himself. And yet the forces at play entrap him in a reality that chews up his past and obscures his future. Copeland’s wry awareness of the absurd keeps life passable, as do his friends and their surprising array of survival skills. And yet in the aftermath of a protest rally against police violence, everything changes, and Copeland finds himself caught in the flood of history.

Set in East Oakland, California in a very near future, Keenan Norris’s The Confession of Copeland Cane introduces us to a prescient and startlingly contemporary voice, one that exposes the true dangers of coming of age in America: miseducation, over-medication, radiation, and incarceration.

Keenan Norris is an Assistant Professor in the Department of English and Comparative Literature. His novel Brother and the Dancer was published in 2013, winning the James D. Houston Award. He's also published the chapbook By the Lemon Tree and served as editor for the critical volume Street Lit: Representing the Urban Landscape. His second novel The Confession of Copeland Cane will be published in June 2021.