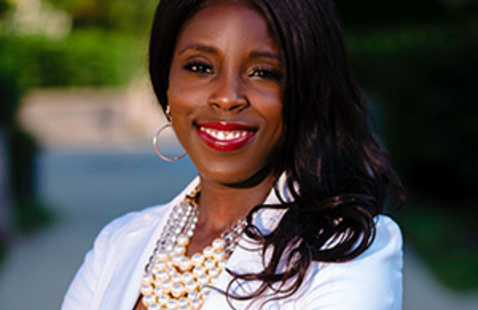 In Hands Up, Don’t Shoot: Why Protests in Ferguson and Baltimore Matter, and How They Changed America, Dr. Jennifer Cobbina draws on in-depth interviews with nearly two hundred residents of Ferguson and Baltimore, conducted within two months of the deaths of Brown and Gray. She examines how protestors in both cities understood their experiences with the police, how those experiences influenced their perceptions of policing, what galvanized Black Lives Matter as a social movement, and how policing tactics during demonstrations influenced subsequent mobilization decisions among protesters. Ultimately, she humanizes people’s deep and abiding anger, underscoring how a movement emerged to denounce both racial biases by police and the broader economic and social system that has stacked the deck against young black civilians.

Jennifer Cobbina, Ph.D. is an Associate Professor in the School of Criminal Justice at Michigan State University. She received her PhD in criminal justice at the University of Missouri – St. Louis in 2009. Dr. Cobbina’s areas of expertise center on police-community relations, youth violence, and concentrated neighborhood disadvantage, with a special focus on the experiences of minority youth and the impact of race, class, and gender on criminal justice practices. Her research also focuses on corrections, prisoner reentry and the understanding of recidivism and desistance from crime.

Delores Jones-Brown, Ph.D., Professor Emerita of Law, Police Science and Criminal Justice Administration at John Jay College of Criminal Justice, is an expert in police-community relations, race and the administration of justice and legal socialization of adolescent males.

Andres F. Rengifo, Ph.D. is a Professor in the School of Criminal Justice, Rutgers University – Newark. His research explores how crime and crime control are shaped by social factors and institutions, and how the “practice” of justice, social control, and punishment amplify some forms of inequality and create new systems of stratification.

Register for the event here: https://docs.google.com/forms/d/e/1FAIpQLSeRpFVMwtl6HdEni4jIkGRadYeT1GixCD38GXHlTpqLPhs3Fw/viewform

Register for the event here: https://docs.google.com/forms/d/e/1FAIpQLSeRpFVMwtl6HdEni4jIkGRadYeT1GixCD38GXHlTpqLPhs3Fw/viewform