Beethoven at the Ball Exhibition 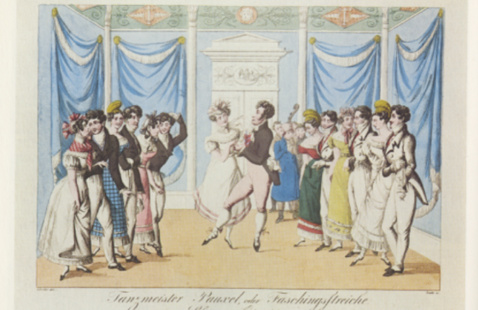 Vienna is famous for its balls, where waltzing couples whirl to the strains of Johann Strauss in lavish, glittering ballrooms. While the Victorian Era was the golden age of the waltz, Vienna’s public ball culture originated during Beethoven’s lifetime at the end of the eighteenth century. This exhibit explores the Viennese ball culture that Beethoven would have been familiar with, from the opening of the first public ballrooms, to the costumes and music, and the various dance forms that include the earliest forms of waltzing.