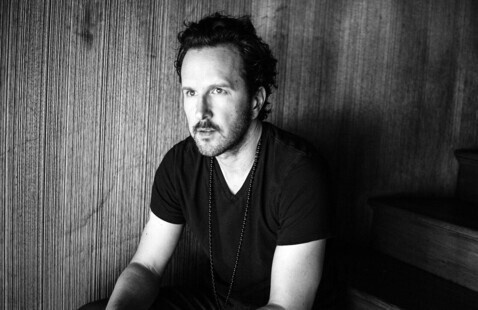 Hammer Theatre View map $45 tables, $35 standard, $15 standing room only, $5 SJSU student rush
Add to calendar
Save to Google Calendar Save to iCal Save to Outlook

http://hammertheatre.vbotickets.com/event/hammer_presents_sunset_series_-_mason_jennings/74843 #sunsetseries
View map
Add to calendar
Save to Google Calendar Save to iCal Save to Outlook

Singer/songwriter Mason Jennings blends the personal insights of a poet, the political broadsides of a protest singer, and the broad musical eclecticism of a jazz musician with a rock & roller's passion. The result made him one of the most talked-about new artists on the acoustic music scene and earned him a loyal cult following: He moved over 30,000 copies of his first two albums (1998's Mason Jennings and 2000's Birds Flying Away) and sold out shows around the country without the benefit of a major-label publicity department. Making music that sounded thoughtful and emotionally committed despite the low-key instrumentation, Jennings reached a creative high point with 2004's Use Your Voice, and with 2006's Boneclouds, the stubbornly independent artist briefly allied himself with a major-label imprint, albeit one operated by a fellow artist (Isaac Brock of Modest Mouse). After a pair of albums for Jack Johnson's Brushfire Records (including 2009's Blood of Man, where he embraced a harder, more electric sound), Jennings once again took control of his recording career, launching his own label with 2010's Live at First Ave. He moved back and forth between indie folk (2013's Always Been) and a more aggressive, rock-influenced approach (2016's Wild Dark Metal) before returning from a brief sabbatical with 2017's deeply personal Songs from When We Met.

COVID PROTOCOLS ARE SUBJECT TO CHANGE according to Public Health Orders or as required by event producers.

Current COVID protocols in effect (as of May 24, 2022):
• Face Masks are HIGHLY RECOMMENDED for all patrons
• Proof of vaccination will NOT be required

Other COVID safety precautions: Please stay home if you don’t feel well and cannot attribute symptoms to another known cause, such as allergies or a pre-existing condition. We are happy to exchange or refund your tickets due to illness.