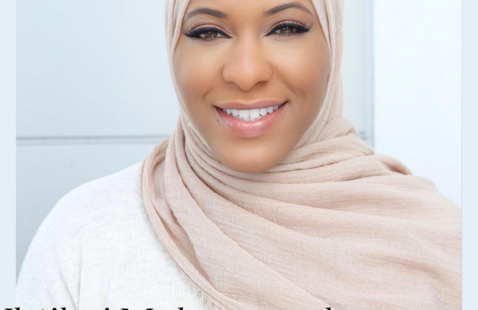 Ibtihaj Muhammad is an entrepreneur, activist, speaker and Olympic medalist in fencing. A 2016 Olympic bronze medalist, 5-time Senior World medalist and World Champion, in 2016, Ibtihaj became the first American woman to compete in the Olympics in hijab.

Register in advance for this webinar:
https://sjsu.zoom.us/webinar/register/WN_YAOsz9vXQSKTfR2x6di5hw

This was an amazing event! Hearing Ibtihaj speak on her experiences with challenges and barriers she encountered and how she stayed strong and pushed through was extremely inspiring! While not having the same challenges, but very similar ones myself (bullying, othering, not feeling like you "fit in") her words and advice to remain true to yourself and remain authentic with oneself was empowering to hear from someone who has had moved past or through that adversity and those barriers. Thank you for inviting me to be a part of it!